Trends in Physical Fitness Among School-aged Children and Adolescents

During the initial phase of the Erasmus+ project European Fitness Monitoring System (EUFITMOS), a systematic review was performed, to analyse the international evolution of fitness with its distributional changes in the performance on tests of physical fitness among school-aged children and adolescents.

During the review, a total of 485 potential articles were identified, of which 19 papers were relevant for the qualitative synthesis; 1,746,023 children and adolescents from 14 countries (China, Finland, Sweden, Belgium, New Zealand, Denmark, Spain, Norway, Mozambique, Poland, USA, Lithuania, Portugal, Canada), for the period between 1969 and 2017 were included. The subjects were tested using 45 motor tests from eight battery tests. The study provides a comprehensive overview of longitudinal changes in children and adolescents’ physical fitness. It thereby indicates relevant knowledge to develop appropriate public health strategies. The articles that were included in the qualitative synthesis describe the temporal trends for seven physical fitness attributes. Overall, a declining trend was found for strength, endurance, flexibilities, agilities, and speed. Two studies examining the balance and only one study examining coordination are not enough to define the trajectory of the global trend.

Studies from Finland, Canada, and Portugal show that changing policies, including the development and implementation of health-enhancing programmes, can reduce the negative impact of a sedentary lifestyle, which have taken precedence in our population.

To sum up, the vast majority of studies show a constant decline in strength and endurance. Three Chinese studies show an increase in strength from 1985 to 1995 and then a decline until 2014. For endurance, similar patterns were found in the two most comprehensive Chinese studies. The decline in flexibility is also evident in European countries. For agility, speed, balance, and coordination, the trend differs among populations. Researchers are encouraged to develop a comprehensive and easily applicable test battery, enabling all motor skills assessment. Doing so would enhance the evidence regarding the longitudinal trends of physical fitness among children and adolescents worldwide. 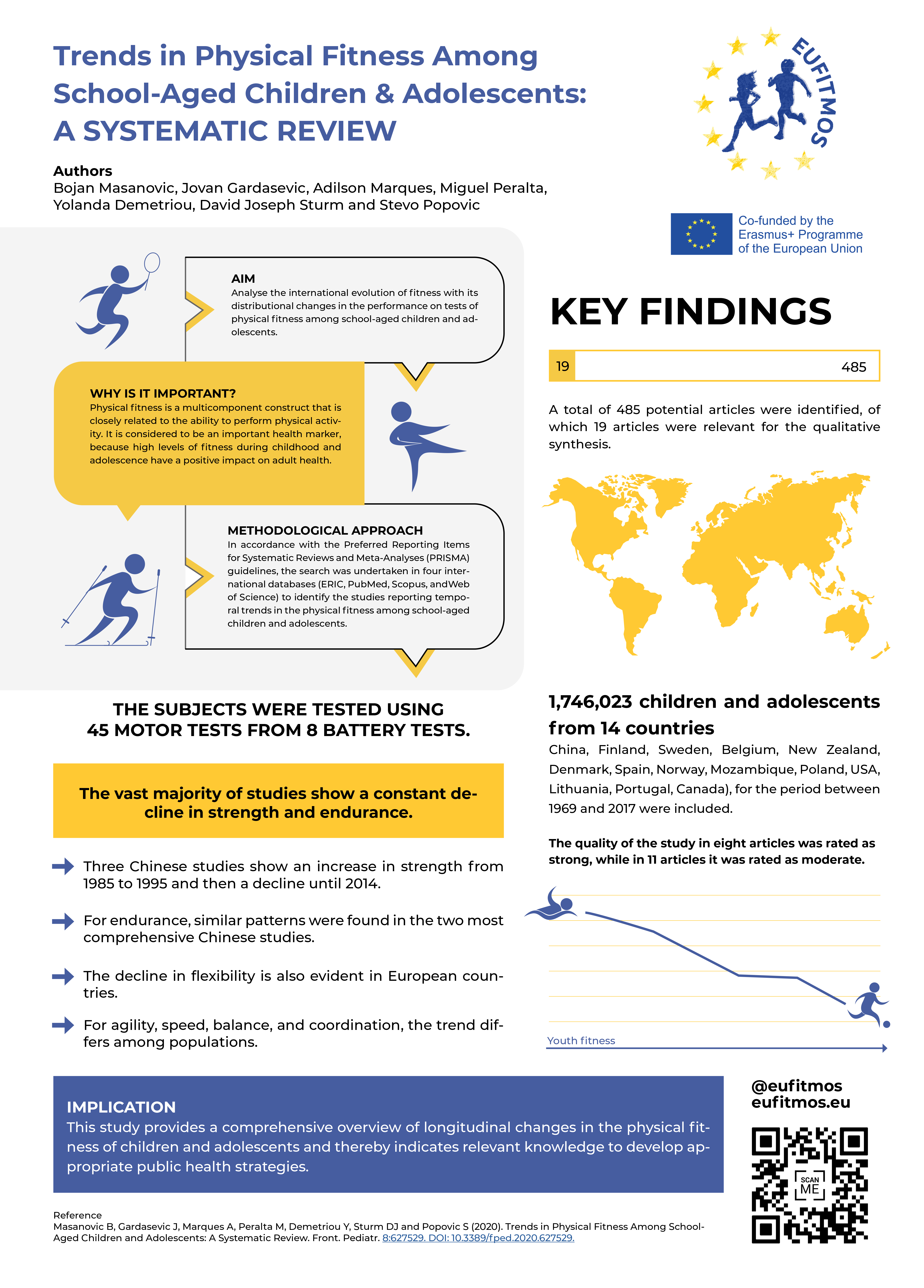